Our Lady of the Lake University (OLLU) was founded in 1895 by the Sisters of the Congregation of Divine Providence, a religious order begun in 18th century Lorraine, France, by Blessed John Martin Moye. The order continues as the sponsoring organization of the university.

Members of the Congregation arrived in Texas in 1866, where they initially established themselves in Austin, and then in Castroville in 1868.

When the railroad did not extend to Castroville, the Sisters began looking for a new location in San Antonio. They were invited by then Mayor Henry Elmendorf to accept a gift of land adjacent to Elmendorf Lake on the West Side of San Antonio. Mother Florence Walter, the superior general of the Sisters of Divine Providence at that time, looked out over the land and said, “This is the place. Someday, upon this land will stand a beautiful Gothic chapel with twin spires pointing up to the blue Texas sky.”

Her vision moved toward reality on Aug. 14, 1895, when ground was broken for the construction of Main Building and marked the beginning of what is now Our Lady of the Lake University. 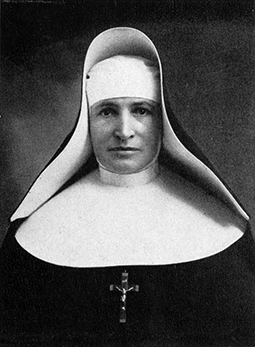 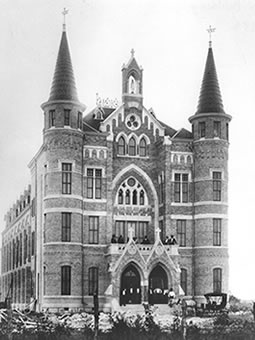 OLLU's milestones over the years:

To learn more about the history of OLLU, visit the University Archives website.