Sister Isabel Ball, who served OLLU for 58 years, has passed away 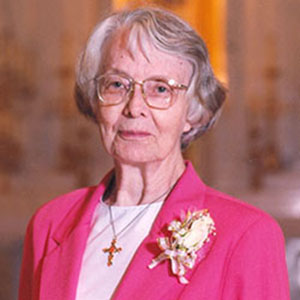 As dean, Sister Isabel secured more than $15 million in grants for Our Lady of the Lake University (OLLU). Some of the funds were used to update labs in Metz Hall. For her efforts, the undergraduate research lab was dedicated in her honor in 2004.

In 2003, Sister Isabel took on the role of director of Mission Effectiveness in the Division of Mission and Ministry where she ensured that the CDP charism and heritage were infused into the day-to-day life of the university. She held the director role until her retirement in 2012.