Alumnus promoted to VP of News at Noticias Univision 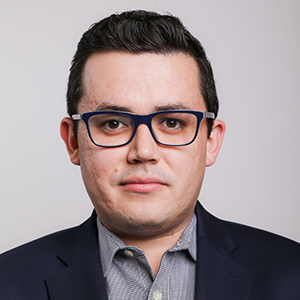 David Romo (BA 2013) has been promoted to Vice President of News Production for Noticias Univision, the news division for the Univision Network headquartered in Miami, Florida.

A two-time Lone Star Emmy Award winner as a producer, Romo most recently served as Senior Producer at Univision.

“I am thrilled to continue growing with my Noticias Univision family,” said Romo, who earned his bachelor’s in Communication Arts: TV Broadcasting. “I began at Univision as an intern in 2013 while I was finishing my final semester at OLLU. I am honored to continue empowering and informing the Hispanic community in the United States through my new role at Univision, the No. 1 choice for news and information among Hispanics.”

As Vice President of News Production, Romo will ensure the accurate and timely delivery of news and manage news production teams and writers. He also will manage network news shows, including “Noticiero Univision with Jorge Ramos and Ilia Calderon.”